The Tortoise and The Hare

As a child, I remember hearing the story of the tortoise and the hare. It went something like this: A tortoise and a hare decided to race one day. They started off and the Hare bolted off the start line. The tortoise slowly settled into a slow crawl. Soon the Hare was bored with running so fast and he came to a nice swimming hole. So he stopped [...] Read more 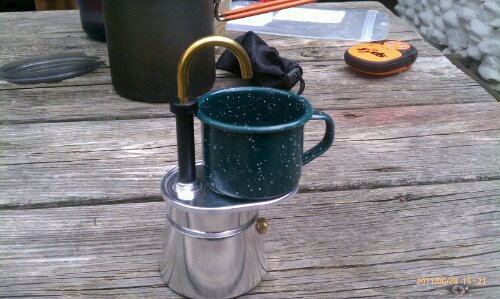 Since my pack has been coming in under 30 lbs with food and water, I figured I could indulge a little. For 9 oz, I now have espresso in the woods. True ultra-lighters may scoff, but it's totally worth it!

Off the Grid: The Keys from Rich Mayfield on Vimeo. There's been a lot of media coming out of this blog lately. However, this is the long-awaited "Episode 1." It's a must see if you're following my journey.

Video from a Firetower

Clip from the Top from Rich Mayfield on Vimeo. Here's a short clip I shot from my hammock in the Rich Mountain Fire Tower. It turned out to be a horrible place to spend the night. However, the views before and after the torrential downpour were worth it.

For a month I've been getting scratched by Blackberry plants. I've passed numerous plants that just aren't bearing fruit yet. Wild plants are just a tease. On top of that, there are thousands of species of fungus in the Appalachians. 80% edible. The problem is identification, because the other 20% will kill you. I can identify berries though. I [...] Read more

I Am One with the Wilderness 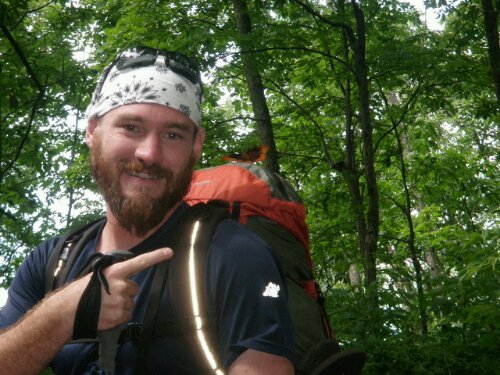 The other day a butterfly landed on my shoulder. It rode with me as I hiked for about 30 min. It was some serious real life Avatar shit. Then a giant Smurf came out of the woods and told me it was a sign from Ewah that I am one with the forest. I was like, "Really?" Then I thought to myself: Hey Rich, didn't you eat a lot of wild mushrooms this [...] Read more

My sister Charlotte Mayfield was kind enough to edit together some of the footage I've been sending to her for safe keeping. Check out what an awesome job she did telling the story of my adventure!